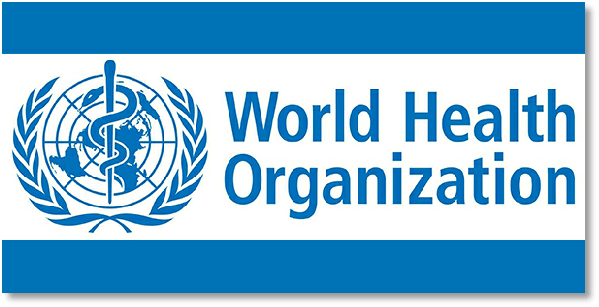 Predominance: occur more frequently in children and young adults.
Locations:
a) Optic gliomas: located either along one of the two optic nerves, or at the
optic chiasm—the junction/intersection between the two optic nerves.
b) Hypothalamic gliomas: located in the hypothalamus and third-ventricular
region with frequent involvement of the optic chiasm.
c) Cerebral hemispheres gliomas: more often in young adults.
d) Brainstem gliomas: more frequently in the upper brainstem area.
e) Cerebellar gliomas: more often during the second decade of life.
f) Spinal cord: rare, and usually in younger patients.

Occurs in the lateral ventricles of the brain, usually in association with a genetic condition
called tuberous sclerosis, and often causes obstructive hydrocephalus—a condition where
the natural flow of cerebrospinal fluid is hampered.

Often in the temporal lobe area and characterised by intractable seizures.

These are otherwise known as anaplastic or malignant astrocytomas. They are infiltrative in
nature, and carry a relatively poor prognosis. Earlier age at time of first diagnosis, significant
extent of tumour removal, good overall health condition, and systematic follow-up and
compliance of postoperative treatment are critical important for a more favourable
prognosis.
Treatment: whenever possible, surgical removal is the treatment of choice. Radiation is
usually advised following surgery. Chemotherapy is usually indicated in tumour recurrence
and further malignant change.
Prognosis: the time to recurrence is very variable and can range from about three months to
two and a half years. Life expectancy following re-surgery for recurrence can extend up to
about one and a half years to two years.

Glioblastoma multiforme (GBM WHO grade IV) is the most commonly
occurring and most malignant brain tumour, characterised by
extensive infiltration of the brain. Although there is no clear
explanation as to what causes a GBM, certain genetic
predispositions do appear to play a role, and prior exposure of the
brain to ionising radiation has been associated with significantly
higher rates of occurrence of gliomas.
The prognosis of GBM is unfortunately uniformly poor, and treatment
is therefore centred primarily on maintenance of quality of life. First
diagnosis is not unusually made when the tumour has already
reached significant proportions, as it is often the case that patients
become symptomatic only then. Without treatment, survival is
typically up to three months from the time of diagnosis. With optimal
multi-modal treatment the median survival time for the vast majority
is about one year. Younger age, gross debulking and better general
condition appear to be favourable factors for a longer survival time.
A GBM may be primary, when it is arising directly as a Grade
IV glioma, or secondary, arising from a Grade II or III glioma. Primary
GBM develops more commonly in older patients, while secondary
GBM develops more commonly in younger patients. Although the
majority of GBM cases are registered from the fourth decade of life
onwards, brainstem GBM is a paediatric malignancy, occurring most
often in the very young. The time taken for progression from a lower
grade glioma to a GBM is variable, ranging from several months to
more than a decade, with a mean interval of about 5 years.
The current treatment strategy consists of maximum possible
reduction of tumour bulk without causing fresh neurological deficit,
followed by combined radio-chemotherapy with TMZ over a six weeks
period followed by six months of adjuvant chemotherapy with TMZ on a four
weekly cycle. Surgical removal of the tumour is never “complete” per
se, as even “gross total resection” implies removal of only what can
be identified in neuroradiological films and under the microscope,
while real tumour borders typically extend beyond visibility —
besides, the extent of tumour removal depends on the location and
the presence and topographical relevance of “eloquent” areas.
Adjuvant treatment is aimed to start in a time frame around 4 weeks
after surgery, assuming the underlying clinical condition allows the
start of the combined modality treatment with radiotherapy and
chemotherapy. Given that any remaining tumour after an operation
can still grow after the commencement of
radiotherapy/chemotherapy, it is not uncommon to see in some
patients an increase in the residual tumour size at the 1st postradiotherapy baseline scan (pseudo-progression). It is very difficult
even with all available current imaging modalities to separate this
from true progression and hence the decision about further
management will have to be made on an individual basis, based on
the patients’ signs and symptoms, radiological appearances and
the local clinician’s assessment.
Careful surveillance with serial MRI or CT scans is a crucial part of
medical care, because tumour regrowth requires alteration of
current treatment or, for patients in the observation phase, restarting
treatment.
A regime for combined radio-chemotherapy following surgery is as
follows:
Radiation:
• Tumour site along with a security margin: 30 sessions at the rate of
2Gy per fraction for 5 days/week (60Gy in total).
Chemotherapy:
• Temozolomide: Concurrent period with radiotherapy: from Day
1-42 at the rate 75mg/m2 by mouth on an empty stomach (1
hour before or 3 hours after a meal) once a day for 6 weeks.
• Temozolomide: four weeks break (Day 70)
• Temozolomide: Maintenance period from day 71 (Cycle1): only 5
days per month, every 28 days for 6 months (Cycle 6), at the rate
of 150mg/m2 for the first cycle, increased to 200mg/m2 with the
second cycle and onward.
• Considering treatment with Temozolomide causes suppression of
the bone marrow, a blood count ought to be performed weekly
during the period of combined radio-chemotherapy, and then
at day 1 of each cycle thereafter.
Recurrences may either be local at the site of first occurrence, or in
other areas of the brain. The treatment of recurrences needs to be
tailored to the individual case, keeping the patient’s general
condition in perspective, because of the possible risk of iatrogenic
neurotoxicity. Besides best supportive care if the performance status
(PS) is poor, repeated surgery in the case of local GBM or for
symptomatic large lesions can be an option as well as systemic
chemotherapy with Bevacizumab (this drug has been approved by
the FDA in USA but is not registered in UK) +/- chemotherapy (CPT11,BCNU, TMZ); PCV, TMZ, Nitrosourea, platinum based regimens and
Cyclophosphamide. It is also possible to consider re-irradiation in
selected cases with:
• Stereotactic brachytherapy: that involves stereotactic placement of
radioactive isotopes directly within the brain tumor, thereby minimizing
possible harm to normal brain tissue or
• Stereotactic radiosurgery: that may be used to treat small, well-defined
lesions using stereotactically guided delivery of a single high-dose of
radiation.

Oligodendrogliomas are a group of adult-age tumours arising from Oligodendrocytes, a
component of the supportive brain tissue. They may either appear directly at any level of
malignancy, or may progress in malignancy. They carry a relatively better prognosis than
mixed aligoastrocytomas, which in turn carry a better prognosis than astrocytomas. When
occurring in concurrence with a genetic condition involving the deletion of the 1p allele or
the deletion of the 1p and 19q chromosome arms, higher sensitivity to chemotherapy has
been noted. Time to tumour progression can range from about one to four years following
treatment. According to the WHO classification, they may be divided into:
1. Oligodendroglioma (WHO grade II)
2. Anaplastic (malignant) oligodendroglioma (WHO grade III)

Slowly growing, diffusely infiltrating tumours showing a predilection for the frontal lobes, often
with areas of calcification, and often characterised by a long history of seizures.
Treatment: surgical removal to the maximum extent without causing neurological deficit is
the treatment of choice whenever possible. Chemotherapy is administered either alone as a
treatment regimen, or following surgery. Radiation is indicated in cases of recurrence or in
cases malignant transformation.
Prognosis: being relatively sensitive to chemotherapy, this gives them a more favourable
prognosis. Median survival rate may be up to 10 years.

Relatively slowly growing, diffusely infiltrating tumours showing a predilection for the frontal
lobes, often with areas of calcification, and often characterised by a long history of
seizures. They have been known to metastasise outside the central nervous system.
Treatment: as in the case of WHO grade II oligodendrogliomas, surgical removal to the
maximum extent without causing neurological deficit is the treatment of choice whenever
possible. Chemotherapy is administered either alone as a treatment regimen, or following
surgery. Radiation may or may not be indicated.
Prognosis: despite a relatively higher sensitivity to chemotherapy, median survival rates range
up to about 4 years.

Tumors of the Choroid Plexus

tumours of the sella region

tumours of the meninges

non-menegothelial tumours of the meninges

Colloid cyst of the third ventricle